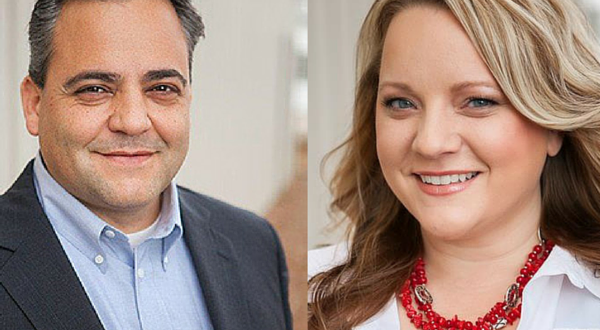 We’ve been celebrating Small Business Week at Arkansas Capital, and we can’t help but feel thankful we’ve gotten to play a part in many of the outstanding small businesses in central Arkansas. While we could probably write an entire book on incredible Arkansas businesses, we’ve managed to narrow down our list to three Arkansas small businesses to watch. Arkansas Flag and Banner

When Kerry McCoy moved home to North Little Rock from Dallas in the 1970s, she used the last $400 she had to her name to buy a business permit. She promptly made business cards and began selling flags door to door. 40 years later, her operation is now Arkansas Flag and Banner, a 22,000-product business with both a retail showroom and online store. Her booming business and success story has been recognized by countless organizations, including the Small Business Association. Rosemont Inn and Rosehaven Cottages

Susan Maddox gave into the entrepreneurial bug on her 30th birthday, when after working at an ad agency for several years, she decided to start her own. While the day eventually came that Susan decided she had had her fill of the advertising industry, the day she became tired of being an entrepreneur did not. In the early 2000s, she decided to enter the lodging business, and today, she owns a the cozy Rosemont Inn and Rosehaven Cottages in downtown Little Rock, near the historic Governors Mansion and South Main districts. Her B&B is the perfect oasis in the middle of town, featuring the most comfortable accommodations and lush, soothing gardens. Galley Support Innovations

When it comes to entrepreneurial power couples, Gina and Wade Radke are a match made in heaven. He’s a former Air Force pilot with degrees in computer science, industrial engineering, and aviation management; she’s a marketing and business development guru. It makes sense they would own a company that designs and manufactures planes, trains, yachts and more. The Radkes have been named this year’s Arkansas Small Business Persons of the Year by the U.S. Small Business Administration, and are now in consideration to win the national SBA award!